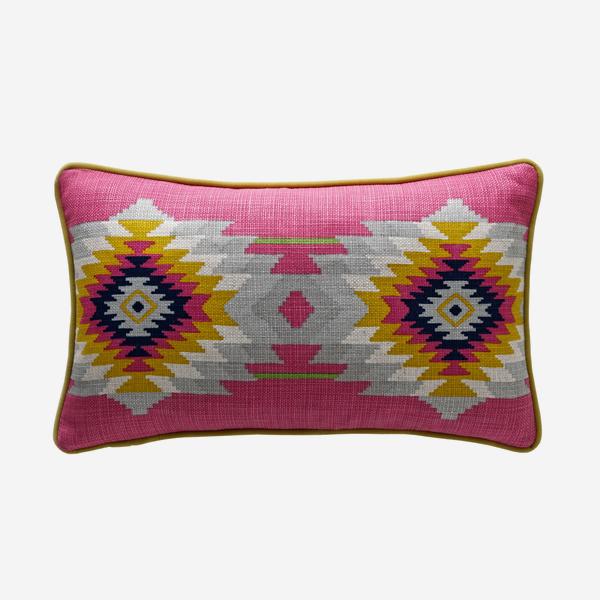 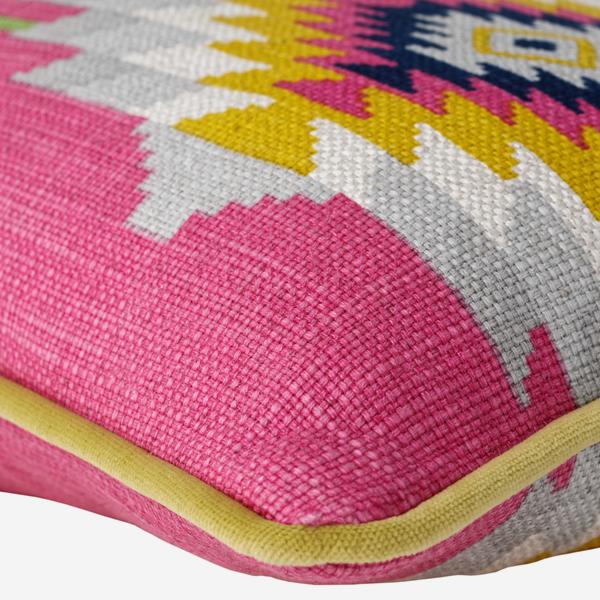 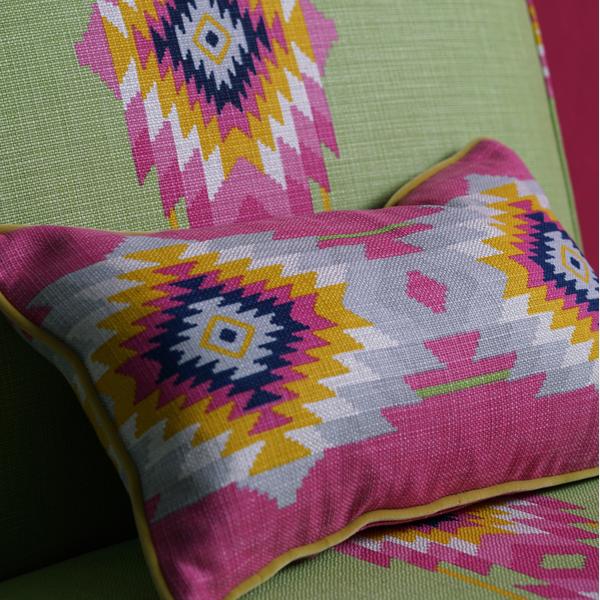 A bright pink bolster cushion with a geometric, Mayan pattern thickly striped in yellow, grey and blue. Be transported to the dusty stone steps of the ancient Mayan site, Teotihuacan. Cushion pad included. 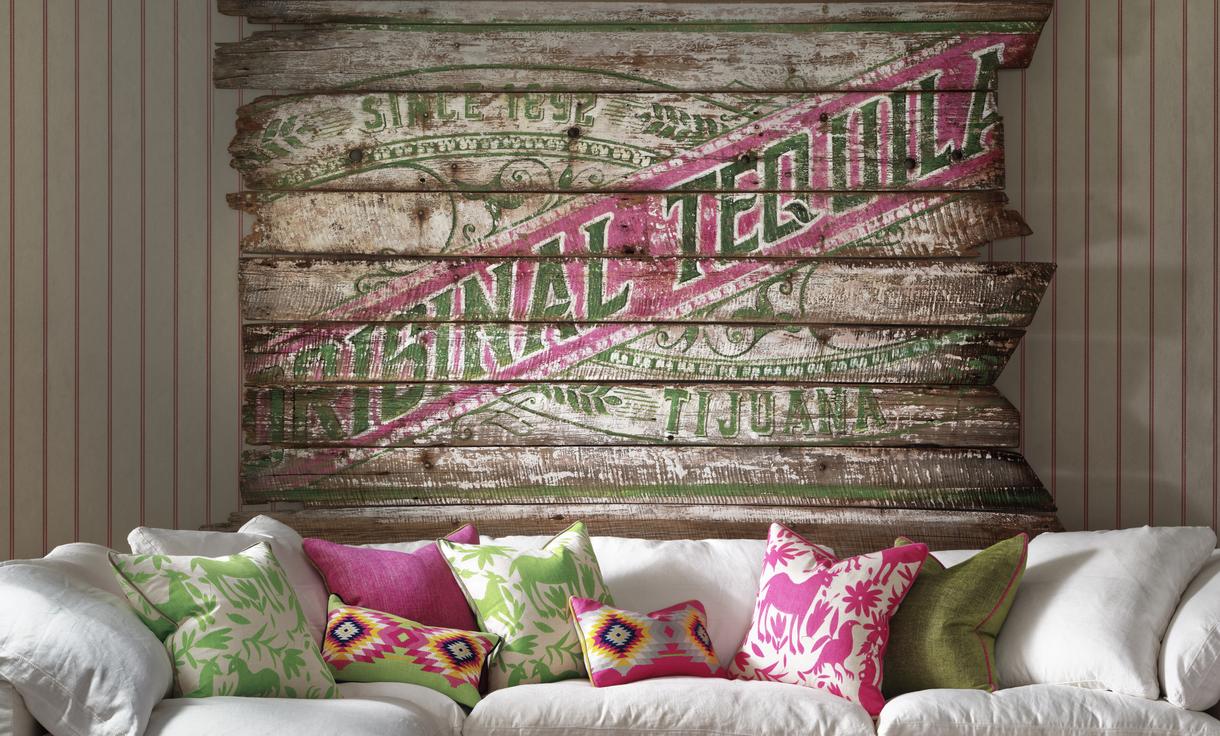 The Mayan site of Teotihuacan was one of the largest ancient cities dating as far back as 100 BC. Steeped in religious spirituality, its name is interpreted as 'The birthplace of the gods'. The two most impressive features are the Pyramid of the Sun and the Pyramid of the Moon, remarkably huge in size and both built in line with the constellations. The pattern of Cruz has taken inspiration from the stone step detailing which runs down the front of these pyramids in perfect symmetry. To this day, it is a mystery how the ancient civilization completed this design feat with such basic tools.