A cactus green fabric with a geometric, Mayan kilim pattern thickly striped in popping pink, yellow and blue. Cruz is a soft and durable weave perfect for long lasting upholstery and blinds. Be transported to the dusty stone steps of the ancient Mayan site, Teotihuacan. 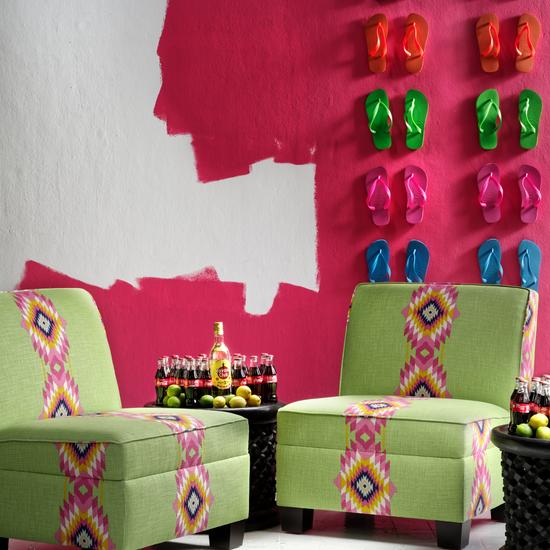 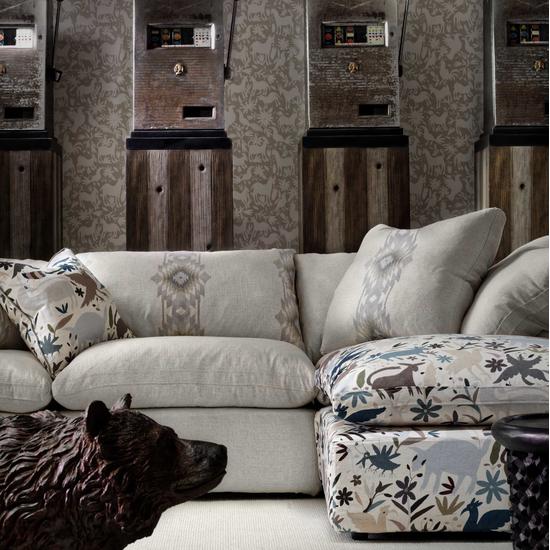 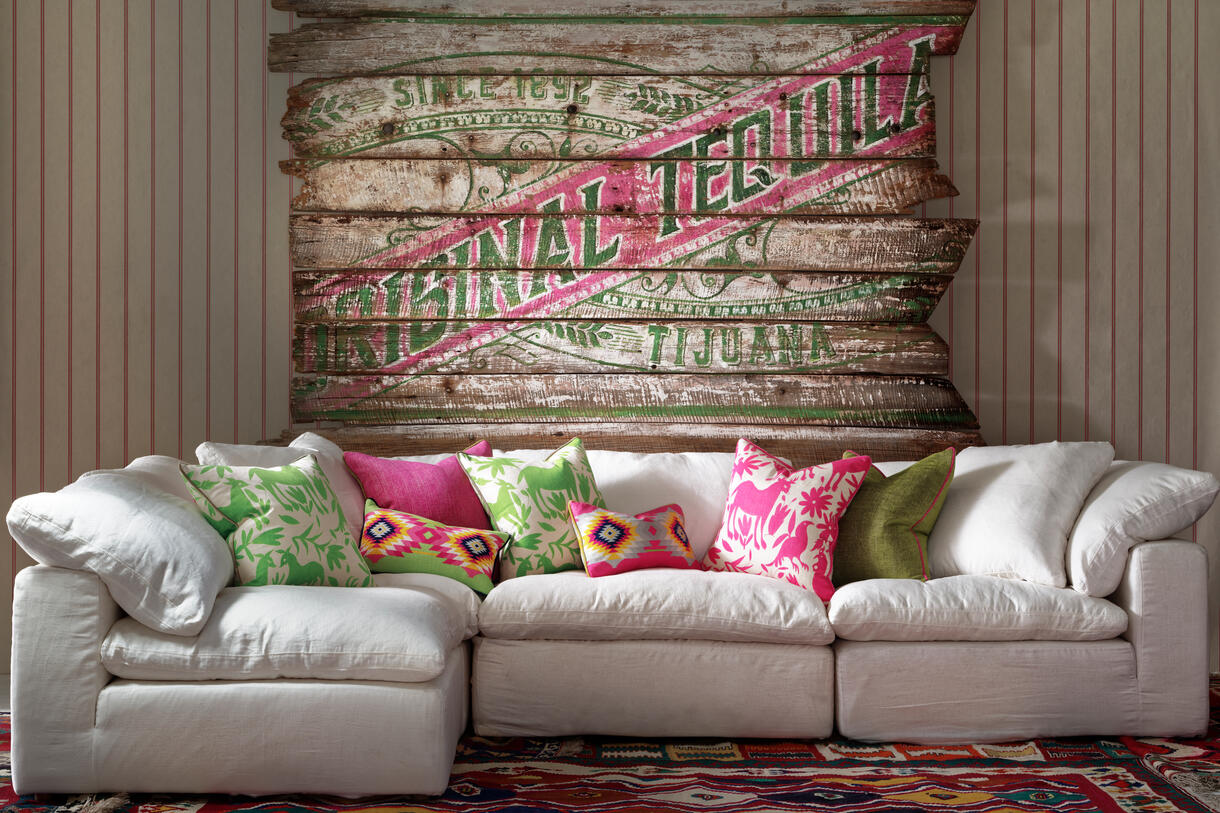 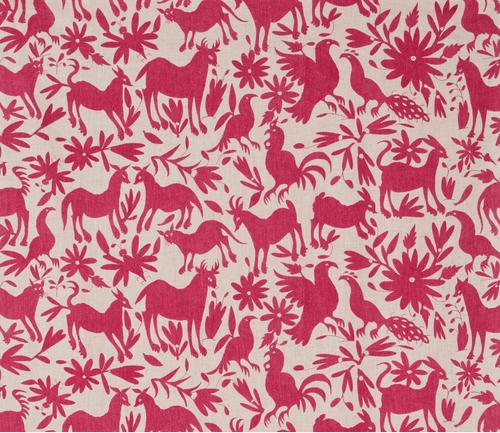 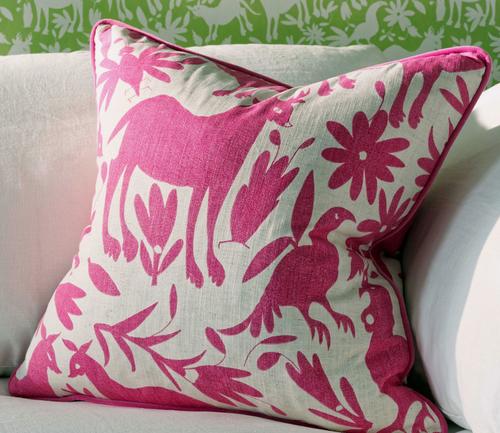 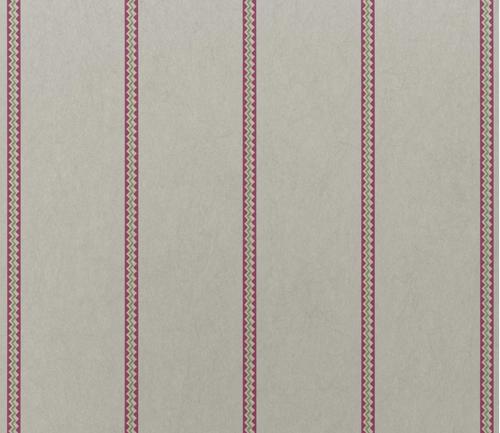 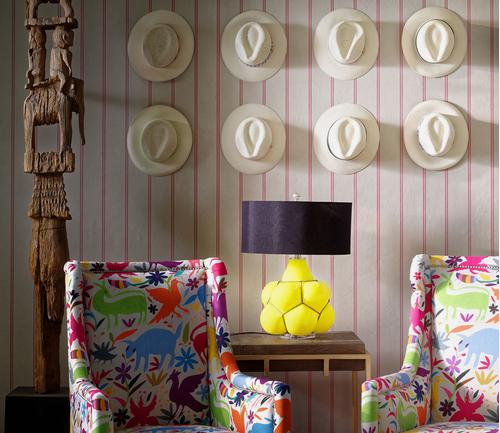 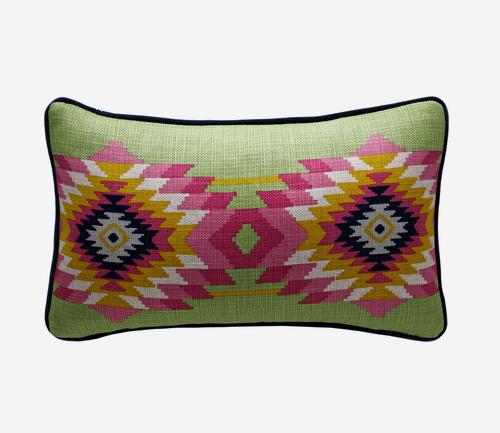