A Note on Material Modernity

Amongst the brightly popping colours of street installations and enthusiastic voices from interior décor stands, what really came through for us at London Design Festival 2017 was the emphasis on materiality and the imperative push for designers to think innovatively about the materials they use. This makes sense in an age where we see, almost monthly, the physical repercussions of producing environmentally unsustainable products and where information is predominantly transferred through intangible material.

At the Global Design Forum seminar 'Material Progress: next generation thinking', architects Something and Son spoke about the demise of the 'Disneyfication' of cities, defining architecture of today as being socially useful rather than for show. On the same vein, the current aesthetic trend in product design is as much about absence and the stripping back of a product to its raw state for a clean and natural look: the organic, Scandinavian-borne 'hygge' lifestyle that has translated into London interiors and fashion.

Firstly, let's comment on 'Reflection Room' by Flynn Talbot which exhibited at the V&A. While this light installation was distinctly static and underwhelming, what was apparent was the marketing of Barrisol. Popularly known for its "stretched ceiling system", this lightweight and weatherproof vinyl's USP is functionality. However, using 56 of these custom-made panels in gloss black, the idea here was to reflect the shards of blue and orange light, adding width and depth to the V&A's former fabric archives gallery - 'subtly' promoting also that Barrisol can fit into a visually creative sphere.

Just downstairs, the V&A is exhibiting 'Plywood: Material of the Modern World', a retrospective on how the malleable wood has allowed for the advancement in design through the ages. From wartime aircraft manufacture, iconic mid-century schoolchairs, to modern day CNC digital cutting, the end note to this exhibition is that deforestation and illegal logging connected to plywood attainment has forced designers and architects to think of new materials with equal properties. 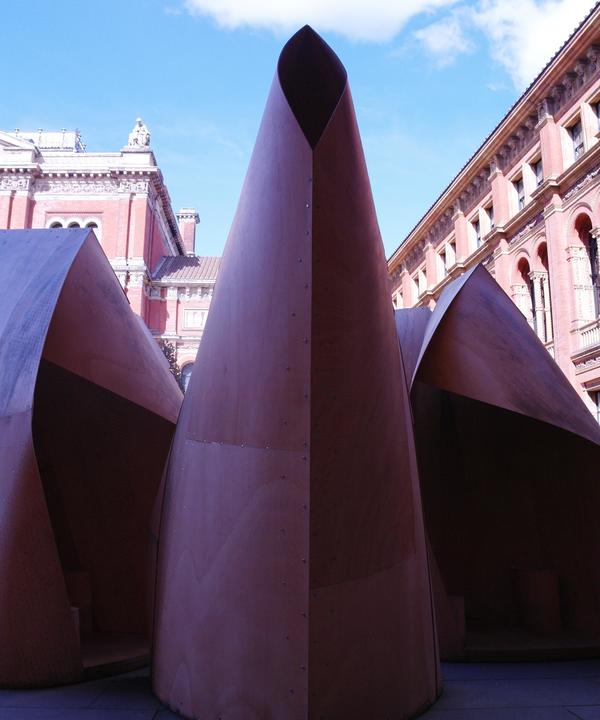 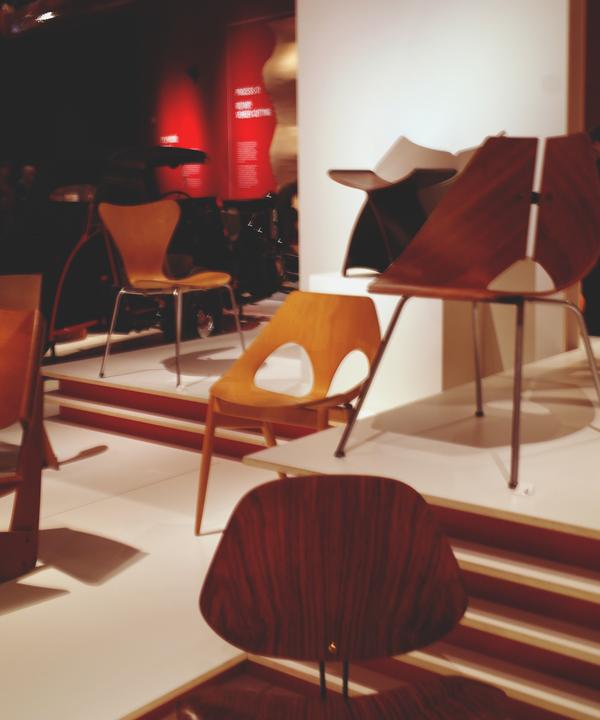 The designers, who were demonstrating at the Future Heritage stand at Decorex, certainly have been experimenting, creating innovative, material art in the disguise of furniture. Marlène Huissoud, for example, casts the cocoons of silkworms in metal to form eerily sculptural cabinets, where Adam Guy Blencowe captures the physical transience of melting ice in plaster to make stools and vases for his project 'Thaw'.

Interestingly, where the end products of these designs look unnervingly futuristic, they have both been borne from the most basic, natural elements. Huissoud uses the cocoons without killing the worm, which is usually killed during silk production. Pouring metal into the cocoon's mould, her aim is "freezing the beauty of nature for a long period of time". As people are becoming more conscious of the damaging effects of the artificial and the design world is increasingly shunning mass production, unique and one-off products are at the forefront of the market, which is exactly what these pieces assuage. Blencowe comments, "For me it's a downside of globalisation that everywhere you get the same thing. It is important that furniture can have its own character". 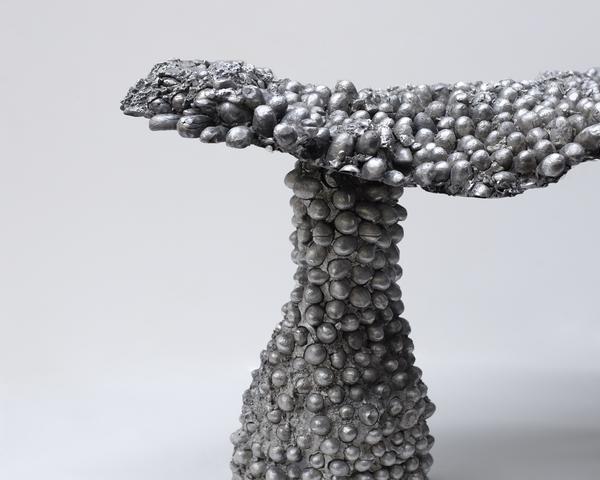 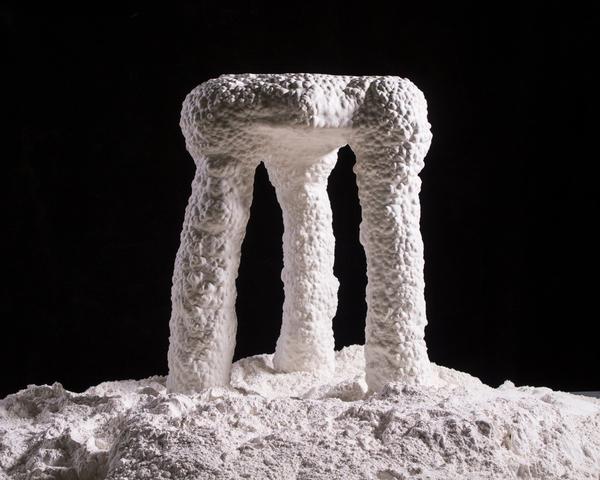 To continue this conversation, we are looking forward to visiting the Rachel Whiteread exhibition at the Tate Britain, which is showing her career-long exploration of the physicality and materiality of everyday objects and architectural spaces. 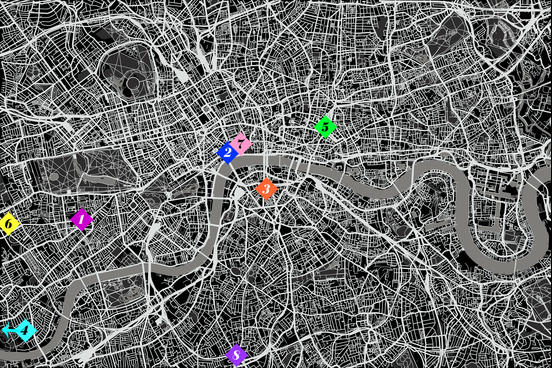 What to look out for at London Design Festival

Find Andrew Martin's top picks of what to look out for at London Design Festival 2017.