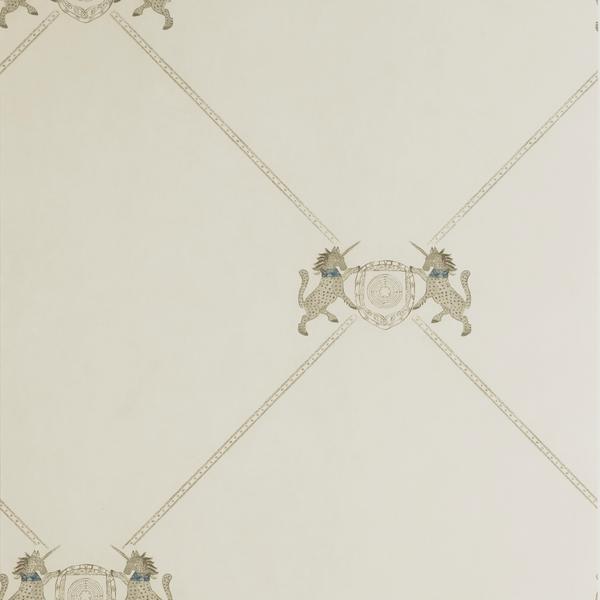 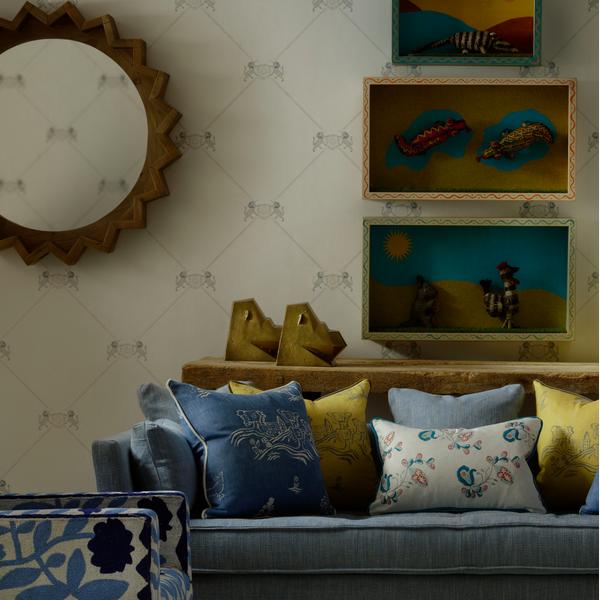 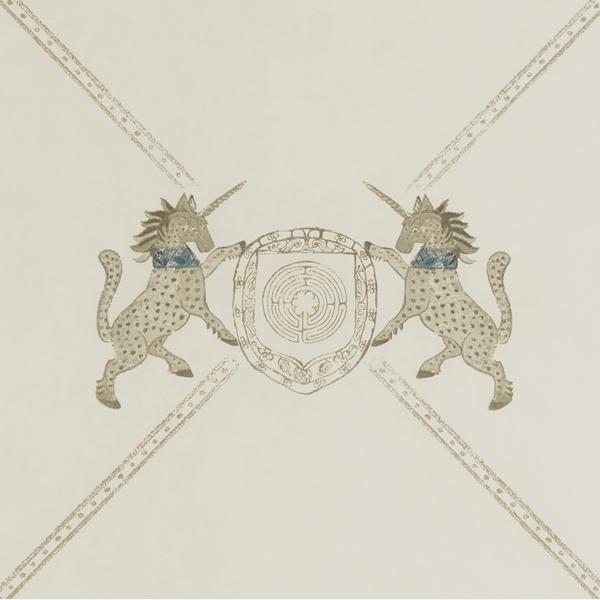 Based on traditional crests found on the shields of Medieval noblemen, Unicorn mixes the romance of the past with smart, structural design. On a cream backdrop with grey spotted unicorns flaunting their indigo collars in rearing unison, the repeat flows to create an overall diamond panel effect. 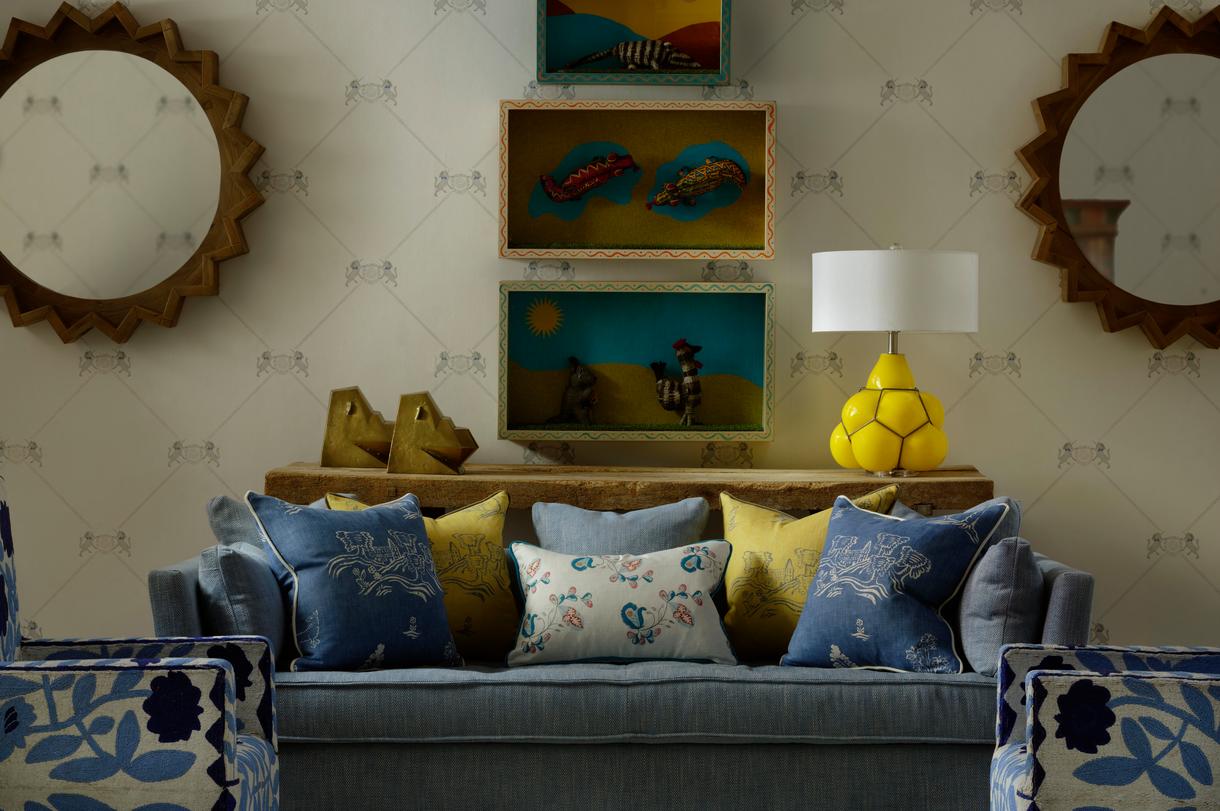 This friendly spotted unicorn is taken from the rolling hills of the Mythical Land mural wallpaper and here becomes the protagonist of its own repeat. As a subject of folkloric human fascination, the unicorn's evolution has seen it from being a wild beast in Mesopotamian art, laying subservient in the laps of maidens in Medieval tapestries and acting as a symbol for Christ in the Renaissance. "The unicorn," Pliny wrote, "is the fiercest animal, and it is said that it is impossible to capture one alive. It has the body of a horse, the head of a stag, the feet of an elephant, the tail of a boar, and a single black horn three feet long in the middle of its forehead. Its cry is a deep bellow." Here, however, he dances with his mate, balancing a shield with his hooves and bringing ancient myths to the modern world through an airy, clean and structural wallpaper design.