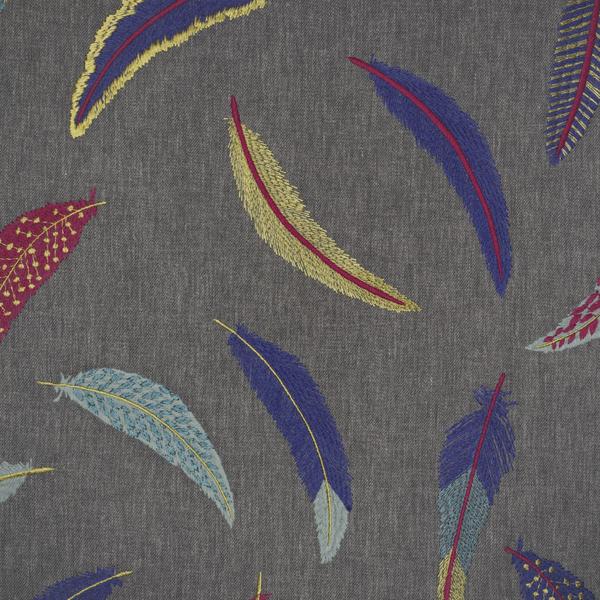 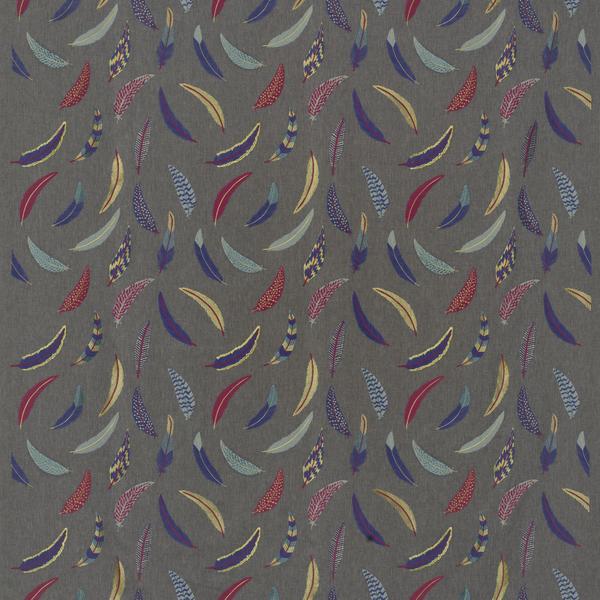 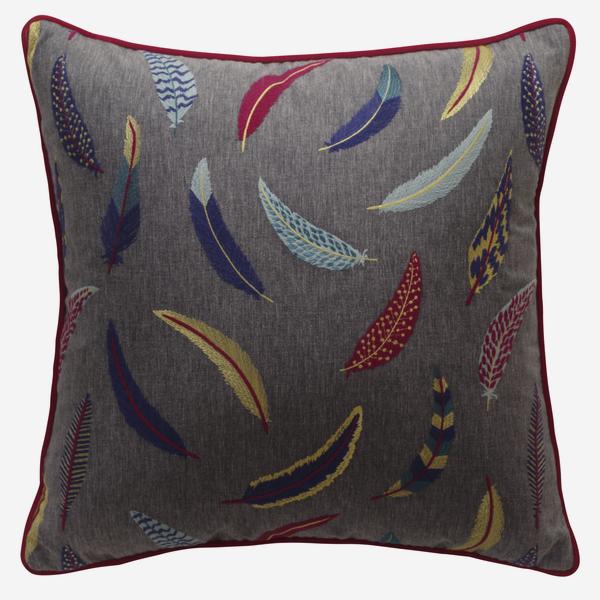 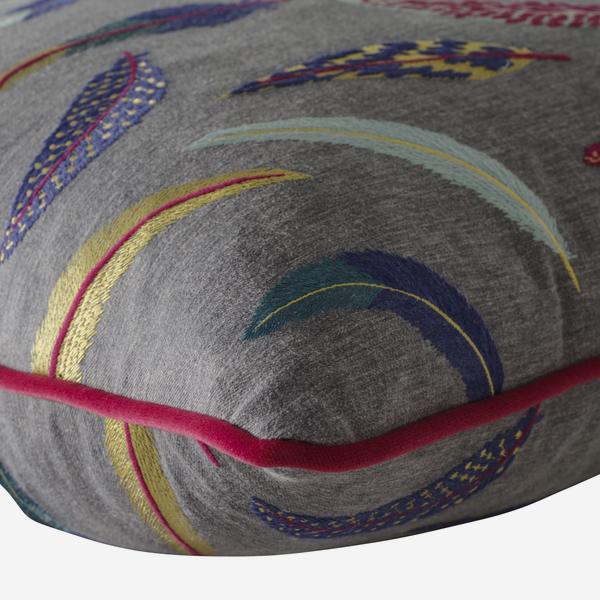 Plume shows a twill embroidered design of exotic, mythical feathers with a brushed cotton backdrop in mid-grey. A multipurpose fabric which looks stunning on cushions to add a bold colour injection into any room. Let yourself be allured by the golden goose feather.

Plume is inspired by the story of the Golden Goose from the Grimm Tales. As the story goes, the youngest, simplest son in a family of Medieval lumberjacks is the only one generous enough to share his bread and beer with a grey, old beggar man. In reward, he discovers a golden goose at the roots of a tree so taking the goose under his arm he immediately goes to celebrate at the inn. The innkeeper's daughter greedily tries to pluck one of the glittering feathers from this bird but finds herself stuck to it. Her sister comes out to help but ends up stuck to the first. The simple lumberjack returns to find a line of people affixed to each other, all wanting a piece of his prize. He takes the goose and goes on his way, with the ridiculous parade following in succession. At this moment, the Princess of the land, who has never once smiled, looks out of the castle turret to see this absurd procession. She laughs and laughs and laughs until she cannot laugh any more, making the King, her father bowled over by happiness who in turn offers his daughter's hand in marriage to the simple, but generous, lumberjack.