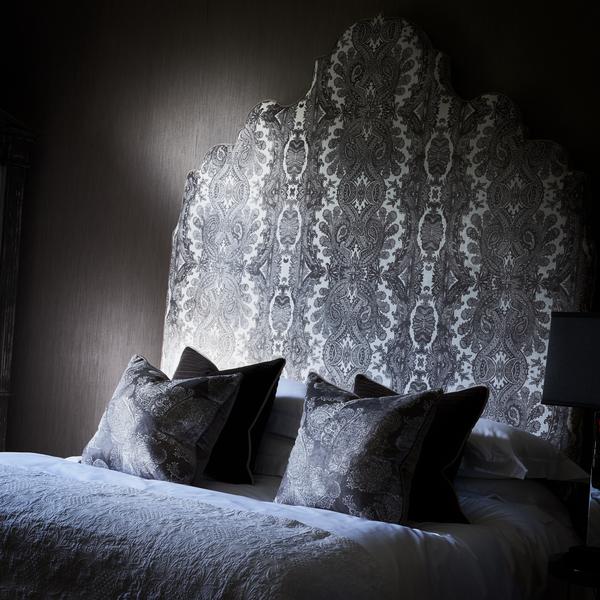 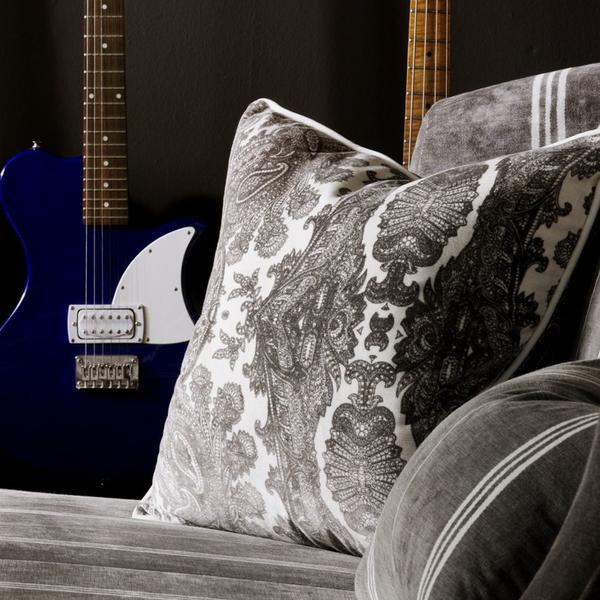 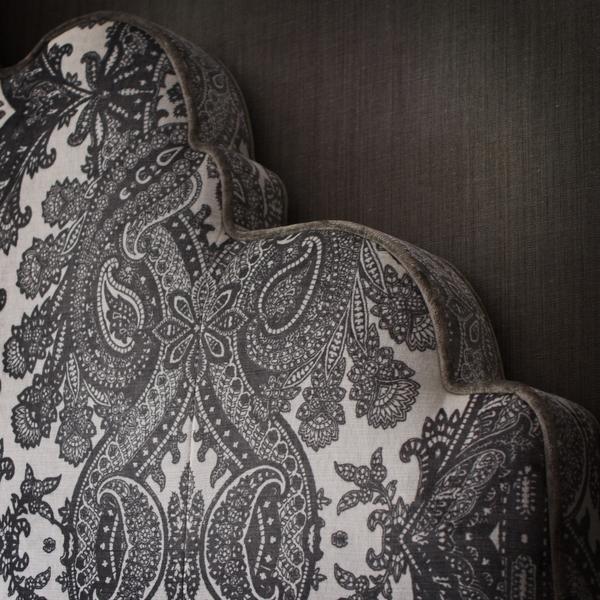 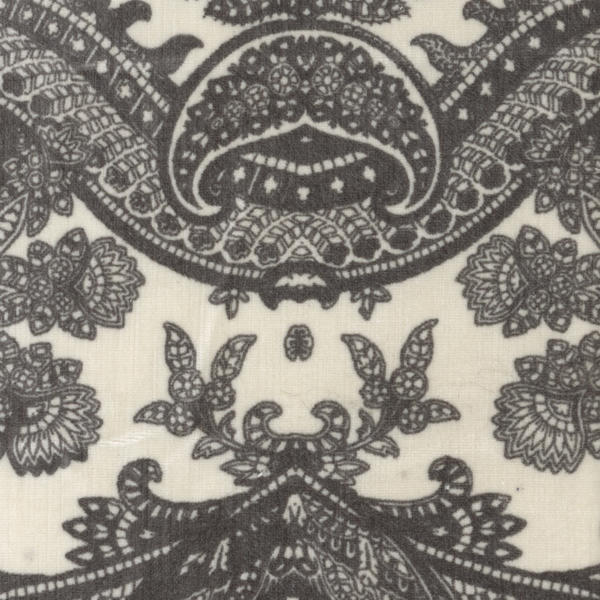 A contemporary velvet, paisley print fabric in light grey and white, with beautiful detailing. Let this beautiful design stand out against plain velvets or pair with contrast patterns, colours and textures for vibrant, decorative flair. 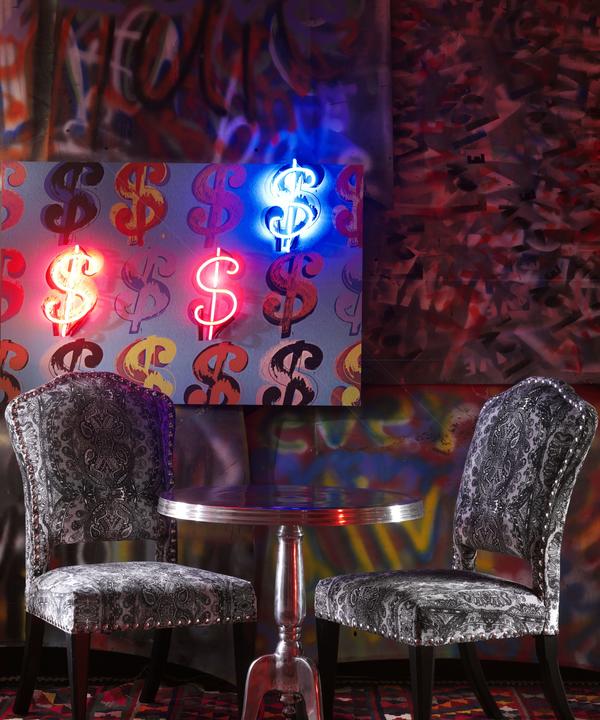 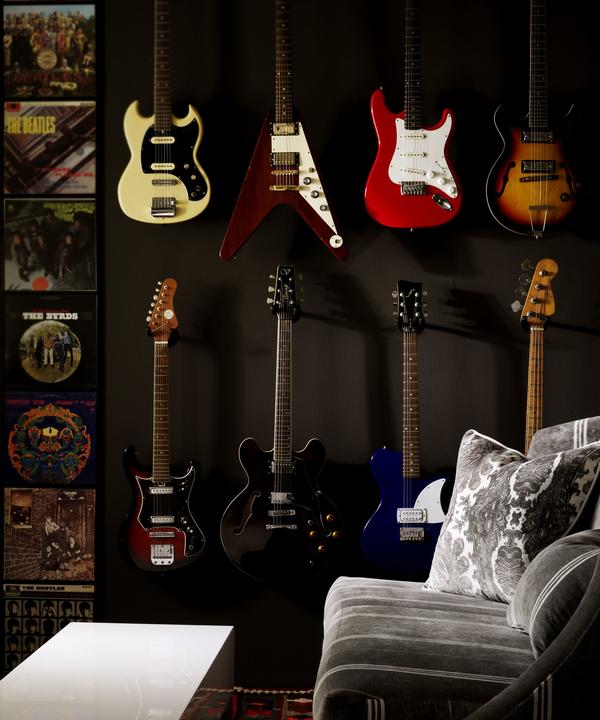 The paisley pattern is said to be based on the look of an Indian pine cone. The design motif had a particular surge in fashion during the 60's when Commonwealth immigration saw the Asian population of Britain grow. When popular culture began to embody the freedom of travel, interest in foreign culture and an overall desire for expression, paisley almost became ubiquitous with the psychedelic tendencies. The Beatles famously spent time in an Ashram in India and Mick Jagger famously wore a paisley suit to a conference in Germany.

The paisley design of Bohemia is meticulously detailed and displays a more classical look to combine Eastern allure with Western tradition. It makes a very smart fabric. 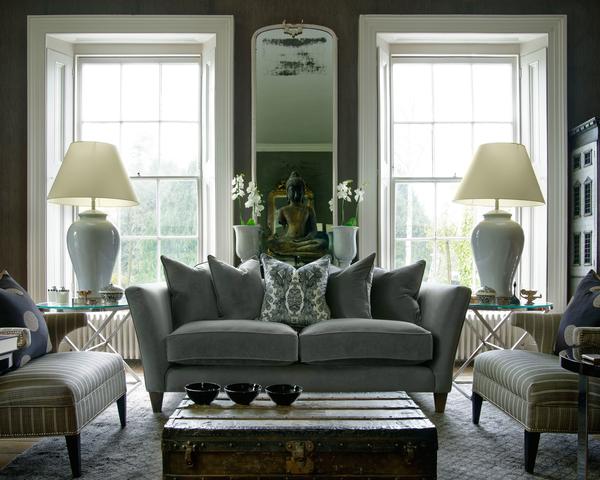 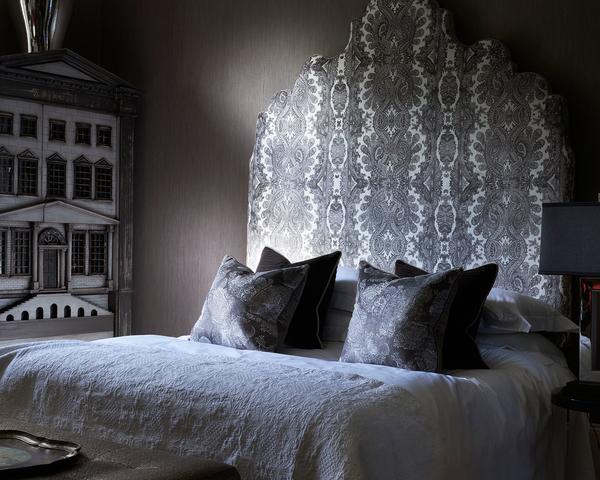